Welcome to our store

In the year 1885 a young man from Varanasi came to Calcutta where his son Amirchand established a locks industry. In 1902 when Lord Curzon ruled India AmirChand established his shop and supplied locks throughout India and Burma.

In 1914 when King George V shifted the capital from Calcutta to Delhi the locks industry incidentally shifted to its neighborhood ALIGARH where Durga Prasad Singh formed TRUSTY LOCKS works and registered TRUSTY with the register of trademarks in the British period of 1935.

The year 1961 put a crown of glory when Prime Minister Pt. Jawaharlal Nehru invited Queen Elizabeth 2nd to India and Durga Prasad Singh made the biggest GI Padlock weighing 80 Kgs on request from the prime Minister.

This extra ordinary lock very much appreciated by the Queen was exibited at the World Trade Fair, Delhi where Pt. Nehru asked us whether we can also make the worlds smallest lock.

Celebrating its centenary now in the year 2002 approving 100 years of TRUSTY Amirchand Durga Prasad Singh made the biggest handmade lock in Brass and gunmetal combination to be operated with 15 inches long one piece, joint less Stainless Steel Keys, for the temple of Lord Jagannath situated in the eastern coastal region of India.

On its 1st Page headline Indian Express wrote, “WHEN THE LORD’S TEMPLE NEED A LOCK HIS MEN TURN TO TRUSTY”.

For the first time in the history of Locks none other but TRUSTY lock became the leading National News – BBC London called the present proprietor J.P. Singh and congratulated him. CNN, Reuters, APP, AFP, ANN, PTI, Delhi Doordarshan etc. widely flashed the news of TRUSTY lock. All the News Papers and TV News Channels acknowledged TRUSTY lock with its proprietor JP Singh’s interview. This is the highest regard given to a LOCK in the history of mankind. They say in the oldest Language of Sanskrit, Na Bhuto Na Bhawisyati. 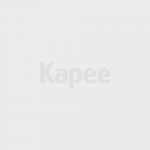